SocialSecurityDisability.com is a privately-owned website that is not owned by or affiliated with any state government agency

Military veterans suffering from a disability that has impacted their ability to work and generate income may be surprised to discover their eligibility for certain benefits, such as health care benefits offered by the Veterans Administration and disability-related compensation, will vary depending on how they were discharged.

What Exactly is a Military Discharge?

A military discharge is defined as a service member’s release from their obligation to continue service in the armed forces, whether they served in the Marines, Navy, Army, Air Force, Coast Guard, etc. When a service member is discharged, they will receive a “characterization of service” that appears on their DD-214. This document will directly impact whether you are eligible for certain benefits.  The characterization of service typically falls into one of five categories:

Let’s discuss each type of discharge.

Eligibility for Disability Benefits If You Were Honorably Discharged

If you were honorably discharged from the military, you are generally entitled to the full array of VA benefits, including:

A general discharge basically means that a veteran met the requirements of service, likely with some type of minor disciplinary infraction, or the veteran failed to meet specific standards to reach the honorable discharge.

If you received a general discharge under honorable conditions, you are generally entitled to all VA benefits (with the exception of educational benefits under the GI Bill).

Situations and actions that could lead to an other-than-honorable discharge include:

If you had an other-than-honorable discharge from the military, you could potentially be eligible for health care benefits via a limited exception. Through this exception, you could still be able to receive medical treatment for a service-connected medical condition or a condition that was aggravated by your military service.

In these instances, the Veterans Administration will conduct a character of service determination to assess your eligibility for health benefits.  The VA will make a determination based on the facts of your case and whether you are allowed to receive medical benefits.

Eligibility for Disability Benefits If You Had a Bad Conduct Discharge

A bad conduct discharge will have a significant, direct impact on your eligibility for benefits. Why? Because it is a punitive discharge imposed via a court-martial. This is quite serious since a court-martial is a criminal trial conducted by the military when there are allegations of a significant violation.

Eligibility for Disability Benefits If You Were Dishonorably Discharged

If you have multiple periods of military service, the military could issue a conditional discharge to allow you to reenlist, which would enable you to remain eligible for certain benefits.

Eligibility for Modifying a “Bad” Discharge

If you are unhappy with the determination made for your character of service, you may be able to apply for a “discharge upgrade.” Each branch of the military has two entities that handle these types of requests:

Let’s take a look at each entity.

Overview of the DRB

The DRB cannot upgrade a discharge issued from a General Court-Martial. However, the DRB does possess the authority to upgrade your discharge for the following circumstances:

Overview of the BCMR

The Board of Correction for Military Records (BCMR) possesses the following authority:

The process of applying for benefits can be overwhelming and intimidating, especially if you are struggling with a significant physical or psychological injury. This is why it can be beneficial to speak to an experienced disability attorney about your eligibility for disability compensation, especially if you were initially denied benefits.

An attorney can assist in compiling and reviewing your records, requesting corrections to your records, and initiate getting your discharge upgraded so that you improve your eligibility for benefits.

Find Out If You’re Eligible for Disability Benefits

If you are a disabled military veteran and unable to work, you could potentially be eligible for certain benefits to help pay for essential expenses such as housing, food, medical expenses, and so forth. To find out if you are eligible, fill out the contact form on this page. 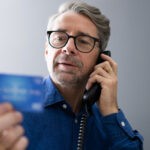